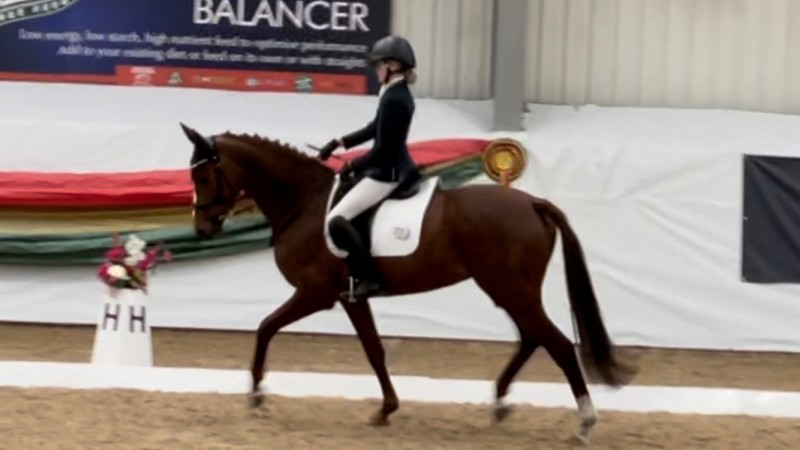 3rd of May, 2021 Things have been steady at BA Equestrian during the lockdown, but now that the competitions are up are running again so are we!
We jumped straight into the deep end by going to Myerscough Premier League with a truck full of talented horses.
First out was me and Almo, Zoncorde M, in the Advanced Medium. Overall, he produced a very nice test and stepped back into his job with ease. We have some things to work on now which will help to direct his training.
Next in the ring was my four year old, Ming. This was Ming's first show so we were not expecting anything from him but he took it all into his stride and produced a very nice and held his own within the class. Ming was ridden by Charlie who is a returning member of the BA team and has been riding Ming for a few months.
Finally it was the turn of Karnival. She was entered in the 6 year old class, and although this was her first show at this level she behaved impeccably, showing her potential off well. It was Ruby who rode this test, who is a new member of BA Equestrian and is already proving to be a very talented event/dressage rider.
We also have some new members to the BA Equestrian team from Myerscough Lodge Livery Yard. They have all been welcomed with open arms and have settled in well.
The BA Equestrian event team will also have their first outing shortly. We are attending Warwick on 23rd May.
© 2019-2021 BA Equestrian | All Rights Reserved
Web Design Preston | Valid HTML5